WUMP (730 AM) is a commercial internet sports/talk radio station. Branded as “SportsRadio 730 The UMP”, the station is owned by Cumulus Media, owner of 428 stations delivering nationally-syndicated news, sports, and talk shows from NFL and the NCAA. Licensed to Madison, Alabama, WUMP principally covers Huntsville, Alabama with its transmission; however, its studios are established in Athens.

History of SportsRadio 730 The UMP:

Authorized to air country music with the former call sign WABT, the station hit the airwaves on September 13, 1982, on 1360 kHz. In June 1985, The Great American Broadcasting Corporation decided to sell it to Excelsior Broadcasting Corporation.
In July 1985, the FCC approved the station’s application for change of frequency from 1360 to 730 kHz and power increase from 500 Watts to 1,000 Watts. On December 26, 1985, the call letters changed from WABT to WDKT. The new station branded as “D-73” changed its programming to Urban Contemporary music format. 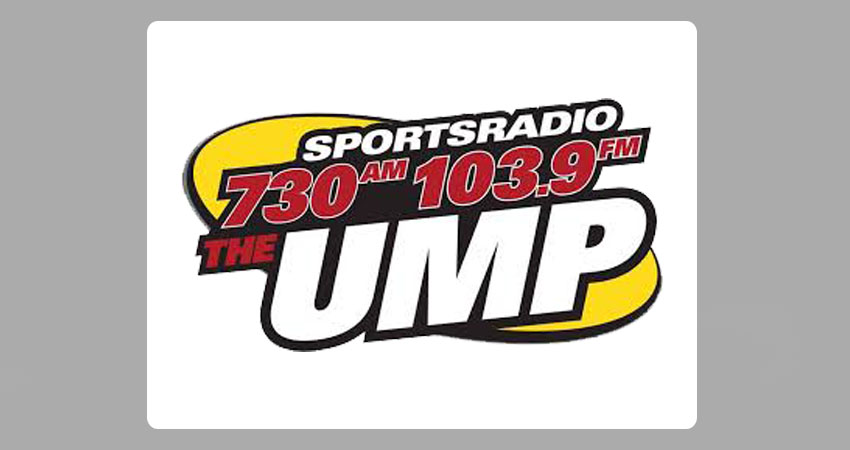 Under the ownership of Phoenix Capital Corporation, the station switched to a news/talk format and changed its call sign to WBBI in 1991 which again changed in 1993 to WKMW. In October 1993, the Madison Radio Company, Inc. owned WKMW. Again in 1995, the station changed its call sign to WUMP and format to Sport/Talk under the new ownership of Tennessee Valley Radio, Inc. Finally, on April 1, 2003, Athens Broadcasting Co. sold WUMP to its current owner, Cumulus Broadcasting Inc.

W280BA at 103.9 FM is a Class D translator of WUMP serving Madison, Alabama for improved coverage. It signed in FM frequency on November 26, 2008.

WUMP is a class D AM service with facility ID 39590. Its antenna pattern is non-directional, and the digital status is analog. It operates with varied power of 1000 watts at day time to 129 Watts during the night hours. At day time, the station’s predicted coverage area expands from 20 to 60 miles in local to distant areas respectively while at night its listening range narrows down to 10 miles in neighboring areas and 20 miles at remote fringes.

The UMP hails Cole Cubelic back to Huntsville as host of the Three Man Front on The UMP! And each weekday from 10 am – 2 pm, listen to Cole Cubelic, Aaron Suttles and Landrum Roberts who give listeners sports news and analysis.

Weekdays from 2-6 pm, fans can listen to all the most recent sports news of the day and a foretaste of the forthcoming night action with hosts Jason Marks and Arky Shea on “Lockdown Coverage”. They host the show featuring listener calls, tweets, contests, special guests, and more.