ESPN Chicago – WMVP 1000 AM is a Class A broadcasting profitable radio station based in Chicago, Illinois, United States. It consumes 1000 kHz frequency and runs on AM band. ABC, Inc. owns the station, and ESPN Radio is responsible for managing it. The transmitter of the station is set in Downers Grove. The channel airs a sports radio format.

In 1922, the American Federation of Labor started planning to establish a radio station. But in 1925, they decided to purchase time for labor’s message on already operated radio. On the other side, the Chicago Federation of Labor still believed to own a station to spread the message. In 1924, the Federation began executing its plan to build a radio station. The Secretary of the Federation, Edward Nockels, put a great effort to bring this plan into reality. Finally, on December 4, 1925, WCFL appeared with its first transmission. WCFL stands for “Winning Chicago For the Lord.” 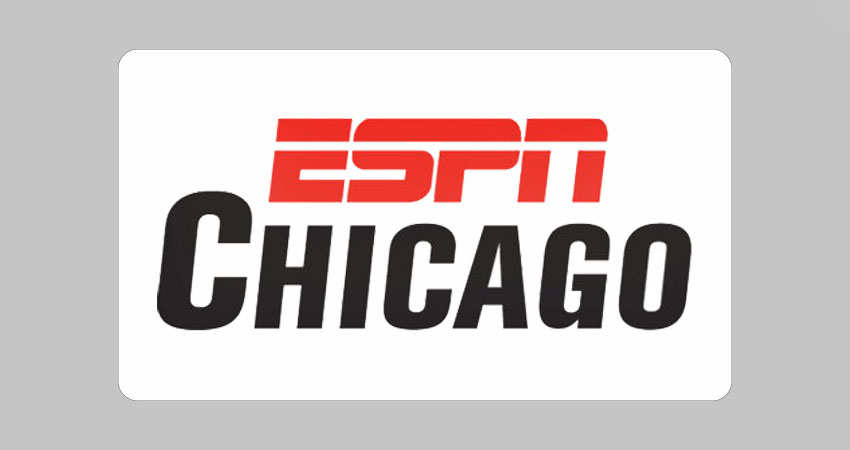 In 1983, Mutual sold the network to a Statewide Broadcasting company. Statewide changed the format of WCFL and began to air adult contemporary Christian music. Later, the call letters switched from WCFL to WLUP. In 1988, WLUP went in the hands of Evergreen Media. Evergreen Media-owned both AM and FM dial of WLUP.

Earlier, both AM and FM stations aired the same format. But on September 27, 1993, WLUP-FM moved to a full-service talk and comedy format. AM 1000 chose the all-sports format. Soon AM 1000 switched its call letters to WMVP. This call sign stands for “Most Valuable Player.” In August 1998, Chancellor sold the channel to ABC/Disney who is still its owners.

ESPN Chicago – WMVP broadcasts both national shows and locally syndicated sports programs. Weekdays start with a local show, Golic and Wingo that is from ESPN. Other programs that Chicago sports focus on include Waddle and Silvy, Carmen and Jurko, and Kap and Company. Northwestern Wildcats football and basketball games are also part of the broadcasting of the station. The channel requires 50,000 watts power for all these broadcasting.

Major shows of the station include ESPN Game Night, All Night With Jason Smith, and Pardon the Interruption. The V Show, The Erik Kuselias Show, and Mike and Mike in The Morning are also most listened to shows. Besides them, other shows are Chicago’s Baseball Tonight, The Afternoon Saloon, and Waddle & Silvy.