WABF (1480 AM) branded as “The Original One of a Kind” is a commercial radio station licensed to cover the locality of Mobile (Alabama). Established in 1948, the station is under the ownership of Donald Pugh, and the licensee is Eternity Record Company LLC. WABF airs from Mobile’s Springhill Avenue in midtown.

The station started broadcasting on June 19, 1948, as WABB. It is popular for the slogan “Great Music and Memories.” WERM is its sister station in Fairhope, Alabama. The service broadcasts adult standards music format. Its former callsigns have been:
WABB
WTKD
WERM
WABF streams online for fans across the globe and also has a social media presence to entertain and keep the listeners updated. The FCC granted it the license to broadcast on May 02, 1995, which would expire on April 1, 2020. 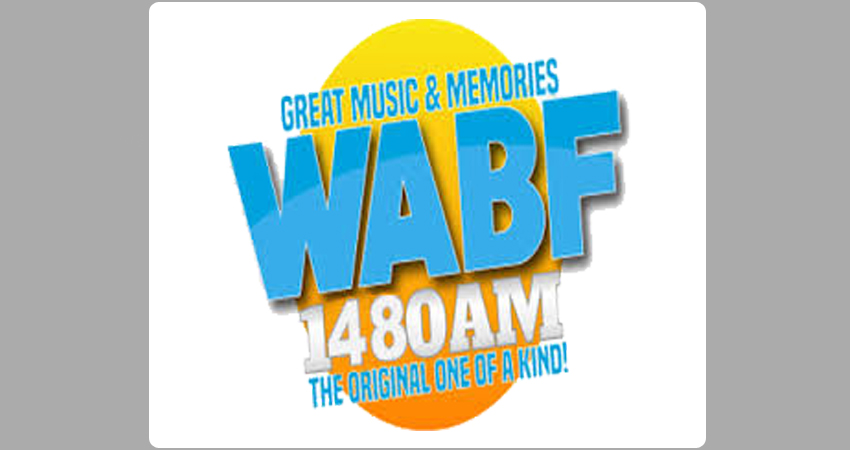 Besides broadcasting adult standards as its primary programming, the station also airs local as well as global news, area events, and community contests. It also administers talk shows such as:
Focus On The 5 with Josh Null and Victory Health Partners
Conservative Watchdog Weekly News Review
Safe Investing In The New Economy
Culturally Speaking

WABF is a class B AM service with facility ID 70656. It operates with a varied, effective radiated power of 5000 Watts during the daytime hours with one additional tower and 4400 Watts at night with four other towers. It transmits analog signals from a directional antenna. The transmitting coordinates of WABF are 30.719911, -88.071111. At day, its predicted listening area ranges from 20 to 40 miles, which reduces to 10 and 20 miles in local and the distant regions, respectively, during the night hours.