Launched on July 15, 1996, MSNBC was formed under the partnership of Microsoft and NBC. A joint venture between the two companies, it aired its first show with anchor Jodi Applegate. He provided rolling news coverage consisting of interviews and commentary on political events. This channel made a name for itself with longer stories and more detailed news coverage than that of its competitor CNN. It began to sharpen its focus on politics and delve further into political issues on its shows.

MSNBC live audio stream remains a vital part of MSNBC’s network, providing audio-only versions of its programs to listeners both online and over their car radio. Although radio news is no longer in its prime, it continues to be a necessary and important feature for many people. It continues to attract listeners and provides access to the news to many people all over the country via MSNBC live audio. Without MSNBC Radio, it would fail to tap into a major portion of their target audience and would lose viewers to rivals such as Bloomberg Radio or NPR. By maintaining a radio presence, this channel ensures that they reach as many people as possible and are a freely available news source.

MSNBC Listen Live allows audiences to listen to msnbc live audio programs on the radio, providing them with an audio version of some of MSNBC’s most highly rated programs. The Rachel Maddow Show is one of the most popular programs, with Rachel Maddow has been a progressive lesbian radio talk show host before her debut on MSNBC. Maddow’s show was based on her radio show of the same name, which previously aired on America Radio network. The Rachel Maddow Show has received mostly positive reviews, outperforming CNN’s Larry King Live and bringing high ratings for the channel. 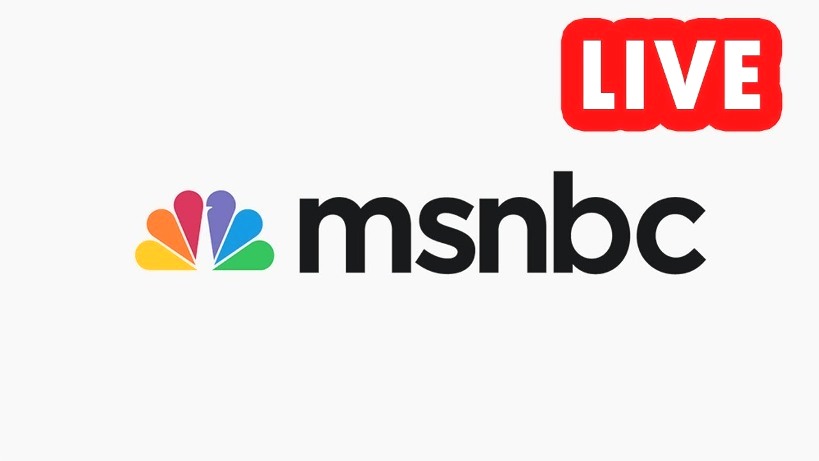 Hardball with Chris Matthews is another MSNBC simulcast that’s proven popular on MSNBC Radio, having run since 1999. With Chris Matthews as the moderator, Hardball with Chris Matthews typically features talking heads such as politicians or political analysts who debate various political topics with Chris. Matthews’ signature catchphrase, “Let’s play hardball,” comes from his book Hardball: How Politics Is Played Told by One Who Knows the Game. While the show has not been free from controversy, it has been a long-running simulcast on MSNBC Radio and remains one of the featured programs on MSNBC Listen Live.

While this station primarily focused on televised news coverage. It also delved into radio newscasting with popular shows such as Imus in the Morning, a radio show hosted by Don Imus that began on MSNBC Radio on September 2, 1996. It was a long-running and highly rated show that ran until they canceled it on April 12, 2007, due to controversial comments made by Imus on his broadcast from the week before.

MSNBC’s history with radio coverage involved XM Satellite Radio dropping MSNBC’s channel from their lineup in September of 2006. The exact reasons behind the split are unclear, but MSNBC launched again on XM Satellite Radio channel 120 and Sirius Satellite Radio channel 90 in April of 2010. Both radio services eventually merged at the beginning of 2011, becoming Sirius XM Radio, Inc. MSNBC currently airs simulcasts of their shows on SiriusXM channel 118. MSNBC Radio can also be found on their website under msnbc.com/listen, where they provide MSNBC live stream audio of some of their most popular programming.

The most significant themes of MSNBC Radio’s shows and simulcasts are their newscasters’ political take on Washingtonian corruption, with a usually democratic or progressive host debating the biggest news of the day with a more conservative guest. This back and forth between conservative and liberal allows audiences an insider’s view into the Washington elements at play behind the major political decisions being made today. As long as politics continues to operate in the black and white, radio programs with these themes will continue to attract listeners and maintain their loyal audiences.

The network has had a lot of success since first starting in 1996. They have gone from being ‘another cable network’ to becoming a major competitor together with CNN and Fox News for the prized listening of the American audience. They were helped by their focus on more political discussions, longer and more detailed news than was available elsewhere. Its management also got breaking news faster to their audience by directly broadcasting stories from their affiliated networks.

They gained major traction in 2001 for their live coverage of the terrorist attacks of 9-11. Their coverage of the event was directly aired by their affiliates in America and Europe. This coupled with their exclusive interviews from Afghanistan and their celebrity presenter;

Ashleigh Banfield’s efforts to analyze the event got them closer to their audience.
Keith Olbermann, David Gregory and Chris Matthews’ coverage of 2008’s presidential elections boosted their ratings by almost 150 percent during the first three months of campaigns. That figure was double of what they got from covering the 2004 elections. By the last three months of the 2008 campaigns and for the first time too, they had successfully gotten higher ratings than CNN, especially among the key voters’ age demographic.
Finally, in May 2017 and for the first time, they beat Fox News and CNN to the top spot of primetime ratings in American Cable News Networks. They also topped the list of most-listened-to channels among the most sought-after younger demographic.

MSNBC Radio’s target audience is typically older, with a majority of its listeners over the age of fifty. Because of the nature of radio waning in popularity, a majority of younger audiences choose to get their news from the Internet or television rather than radio. MSNBC Radio’s audience is also mostly middle class, although it is identical to competitors such as Fox News. However, their target audience is usually democratic, as their listeners tend to be more progressive. It hosts tend to espouse more liberal views than their counterparts at networks such as Fox News. Democratic audiences tend to tune in more heavily to MSNBC Radio.

It offers the same content in some countries across Asia, Africa, and Europe. In Asia, as well as Europe, MSNBC doesn’t have a standalone channel. However, they were broadcast on their sister platform; CNBC Europe’s channel. This arrangement was discontinued in the late 2000s, and they only relay breaking news to Europe from their CNBC US or NBC channels. The exception to this is Turkey’s NTV-MSNBC channel. Turkey’s NTV TURKEY has a partnership with MSNBC that allows them to air content from MSNBC in their local language. In Africa, It has free-to-air channels available only to countries in Southern Africa and some North African countries. Viewers from South Africa have access to unedited MSNBC content on satellite TV providers such as DStv, TopTV, and Free2View. In some areas of North Africa and the Middle East, It is available via a 24hrs news channel, OSN.

Brian Williams is the anchor of the nightly ‘The 11th Hour with Brian Williams.’ A program that serves as a wrap-up show featuring a review of the day’s talking points and a preview of the next day’s headlines.

Another popular program is Morning Joe, hosted by Joe Scarborough, Mika Brzezinski, and Willie Geist. you can listen to the msnbc live audio of this program here. Morning Joe brings on a diverse variety of guests to provide insight into the daily news. The show typically features a political analysis of the biggest stories of the day. It also covers important political events such as presidential debates and inaugurations. A rating success, Morning Joe has aired regularly since the cancellation of Don Imus’ Imus In The Morning and began as a fill-in program after Imus’ cancellation.

Joe Scarborough is a television and radio host. Named in 2011 as one of Time’s 100 Most Influential People in the world. He has served as a United States Representative in the past. Now, he co-hosts the ‘Morning Joe’ show with his wife Mika Brzezinski, also a presenter at MSNBC.

Mika Brzezinski joined MSNBC in 2007 as a news correspondent and talk show host. She is an author, journalist, and political commentator. Mika joined Joe Scarborough on the ‘Morning Joe’ as a co-host. She tied the knot with Scarborough in 2018, and they still work together as co-hosts on the Morning Joe show.

Chris Matthews is most famous for his nightly hour-long talk show; Hardball With Chris Matthews. He is a political commentator and analyst, bestselling author, and award-winning talk show host.

Alex Witt joined it in 1999 and went on to co-host Morning Joe First Look and MSNBC Live. She is an American television anchor and journalist.

Hallie Jackson joined NBC News in 2014. She is a news correspondent, anchor, and TV host for NBC and MSNBC. She is also serving as NBC News White House correspondent.

Nicole Wallace is an established political commentator and analyst; she is also an author and frequent contributor to The 11th Hour With Brian Williams. She served as White House Director of Communications from 2005 to 2006 during President Bush’s tenure.

Ari Melber is an American journalist and news correspondent. He is hosting ‘The Beat With Ari Melber’. The best performing show in its timeslot. It has averaged an active audience of more than 1.4 million. This show is its channel’s highest-ever rating for the 6 pm timeslot.